Ciao Maestro, goodbye to Gualtiero Marchesi, the founder of the modern Italian cuisine

The first time I met Gualtiero Marchesi we were in Milan, at his il Marchesino restaurant and I immediately realised he was one of a kind man. He was dressed in a well-tailored dark grey suit, his silver hair were shiny and combed back. On his lapel, he wore a coin-size replica of his most famous dish: the saffron risotto with a square leaf of edible gold.

At the time, I was leading a food and wine tv show and I was travelling around Italy to meet and interview the best and most renown chefs (I can say it was the best job ever!).

When I got the honour to sit with Marchesi for one of the most rewarding interview of my carrier, I was literally captured by his manners: he has been one of the most kind, polite and cultured man I have ever met. During the years as journalist in Italy, I talked to a lot of ‘star’ chefs who had been his alumni, who should have been thankful to Marchesi for their whole carriers, but were so self-centred and arrogant, to forget that first of all a chef is a man, not a kind of ‘god of the kitchen’. And when I got to meet the Maestro, I was speechless. His grace, his wisdom, he was an artist, a visionary, a man from another time.

We had a two hours conversation together, one of the most enlightening and charming cultural experience about the Italian cuisine and the Italian way to live. He was 82, at that time, and I was a 29 years old young journalist, I could have stayed with him for hours, asking question and being surprised by his everything-but-obvious answers. 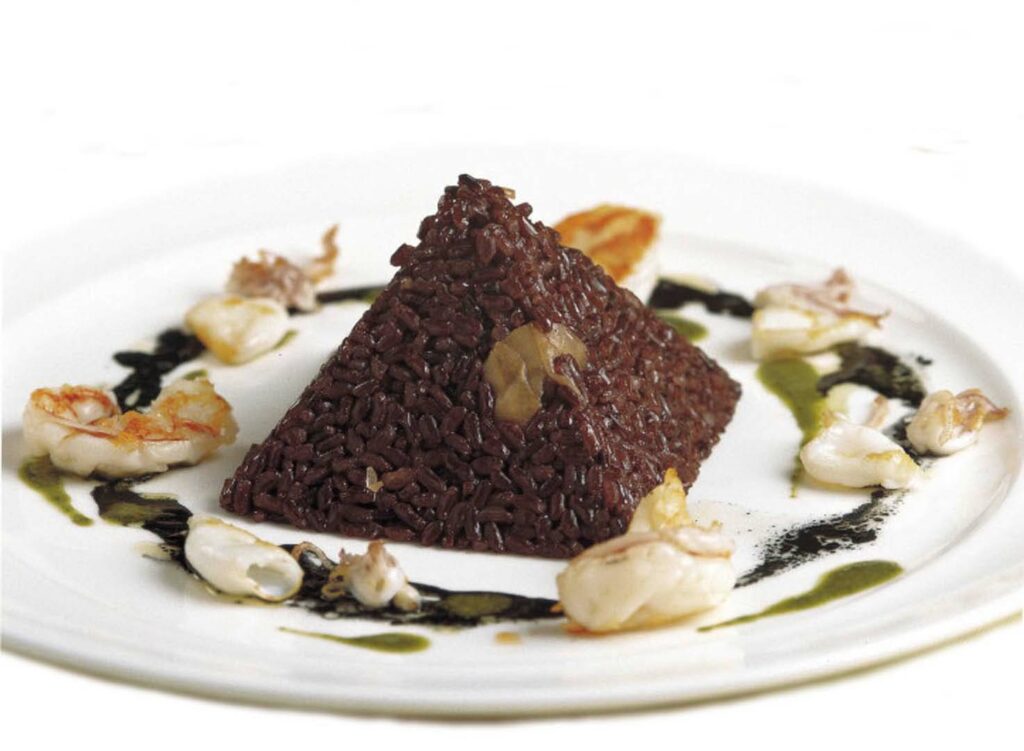 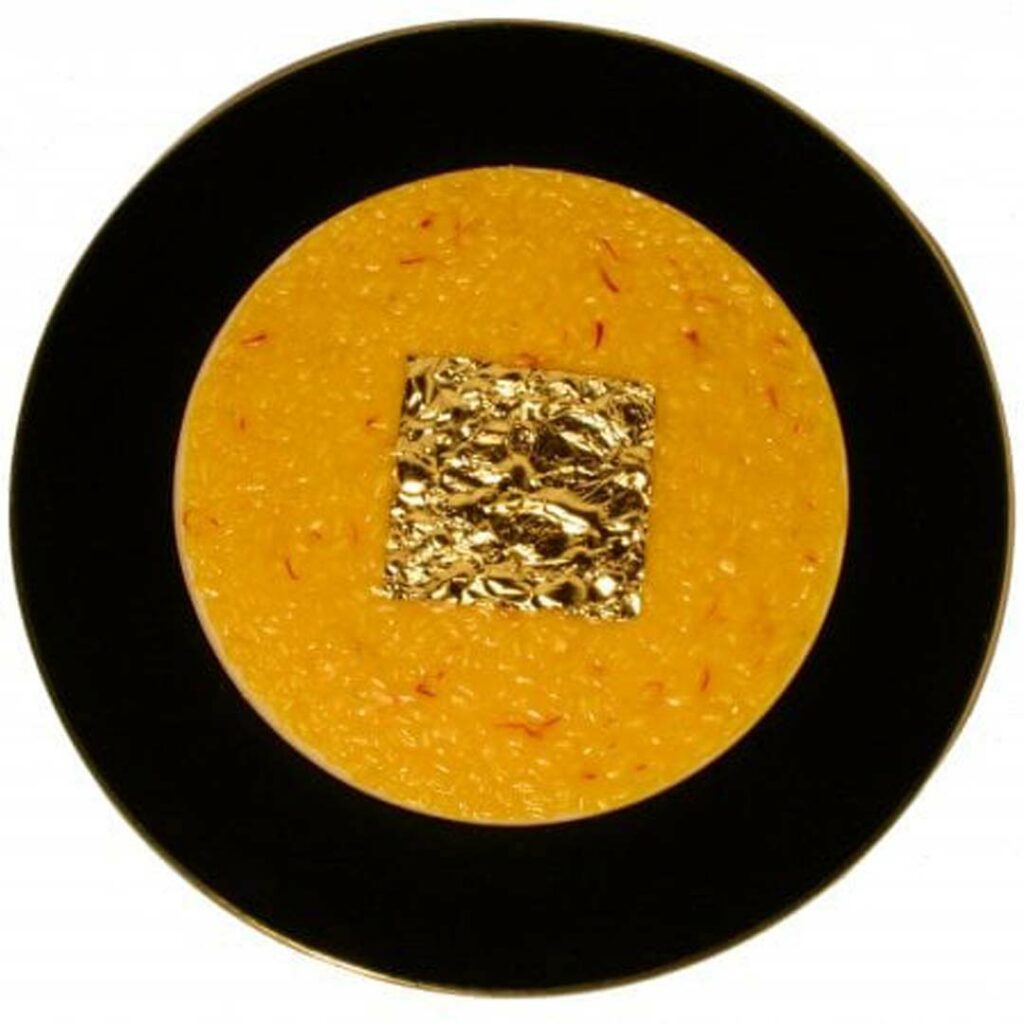 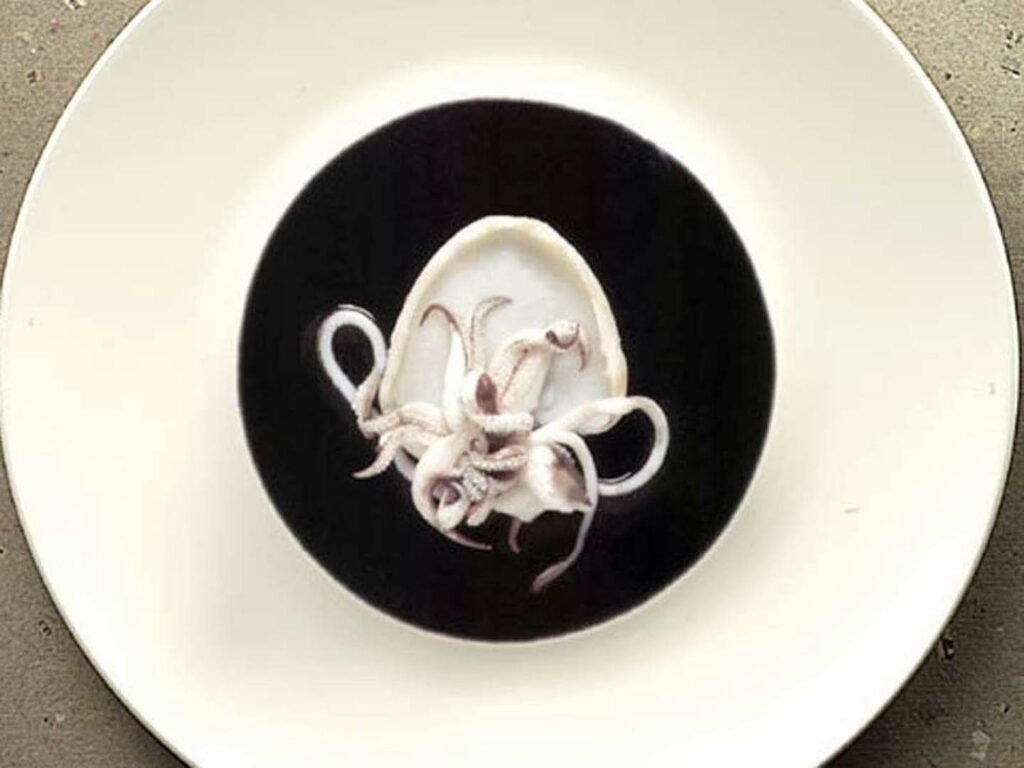 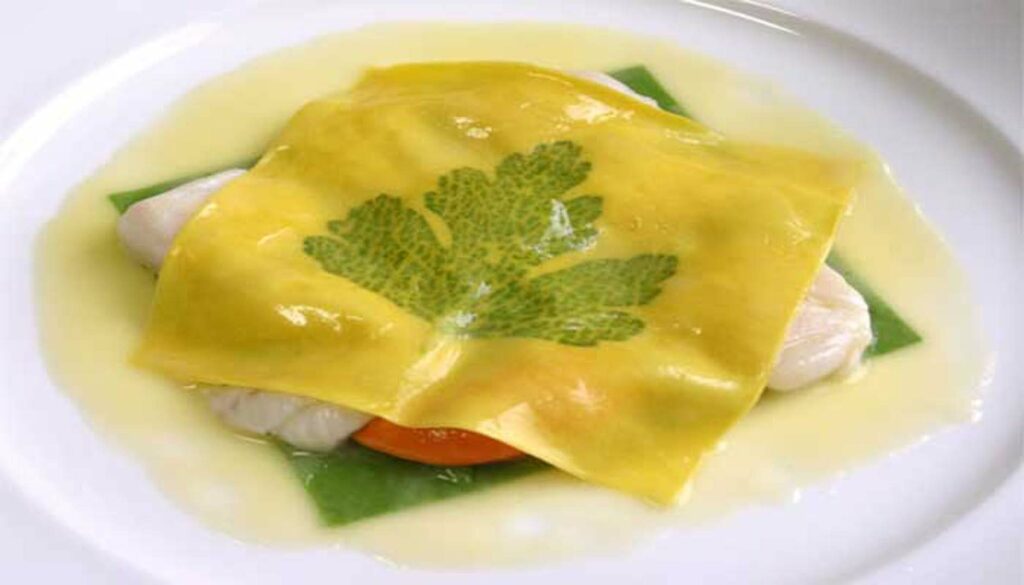 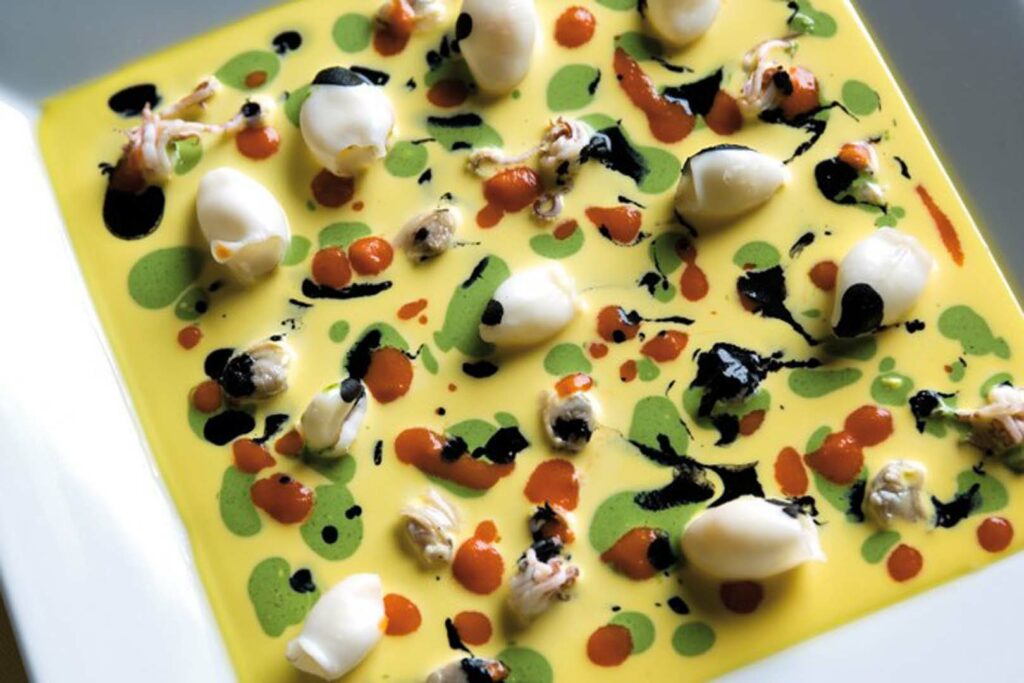 “Cooking is in itself a science, it’s the chef’s job to turn it into an art.” is one of his most famous sentences, which reveals his philosophy: the insoluble bond between beauty and food. He strongly believed in the synthesis between aesthetic and substance, aimed by “the desire to understand, to learn, to capture the essential, but also the emotion, the feelings, every time that food is capable of meeting the necessities of hunger and, at the same time the pleasure of dining.

Whenever knowledge, need and pleasure are aligned in the same direction, it happens that our idea of tastiness finds its inseparable half and that is the idea of beauty”. Gualtiero Marchesi has searched for beauty through cookery, assimilating it to art, to music, showing the value of the ingredients on the plate, as if they were notes placed on the music sheet.

He passed away yesterday, at 88 years old. Cancer took away one of the last gentleman of Italian cuisine. He hated the new spectacular wave of the food shows, the star chefs and the numerous reality-shows where cuisine is the theoretical protagonist. In one of his last interviews, a couple of months ago he said: “I do not like the spectacularization of cooking, which is a hard and heavy job where professionalism is needed. I do not like cooking shows, they don’t reflect the reality”.

In the real world, Marchesi identified three different kinds of chefs: the ‘worker’ chef, the one who must know the temperatures, the pure technician, who performs the recipes as they are; then there is the composer, one who composes a plate, and there is the artist, the one who sublimates everything.

Among the several chefs who learned from him the art of cooking and sublimating pleasure, three are his ‘disciples’, the ones, he said, who could continue and evolve his path: “Davide Oldani, who has found his own formula. He makes pop cuisine and is very good, even commercially. Daniel Canzian has been with me in Franciacorta for many years. He makes a creative cuisine that I like, simple, minimal, in my spirit. Paolo Lopriore has now also been in Madrid and has presented a new project that brings food to the table with equipment that allows the customer to interact. For me he is a genius”. 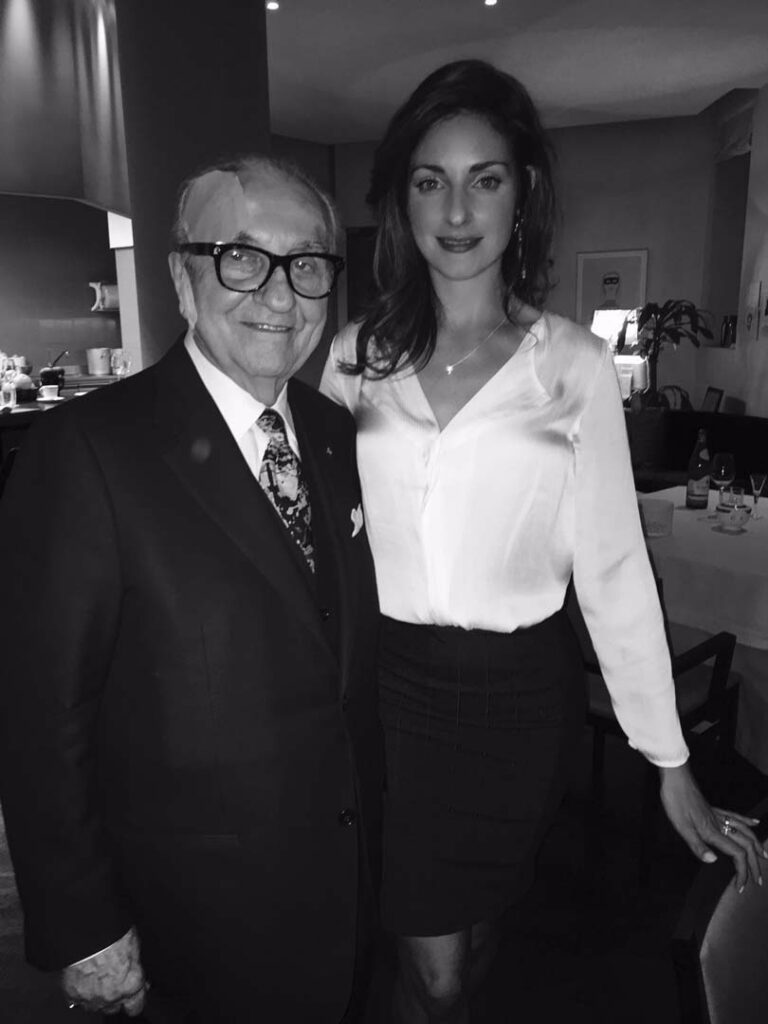 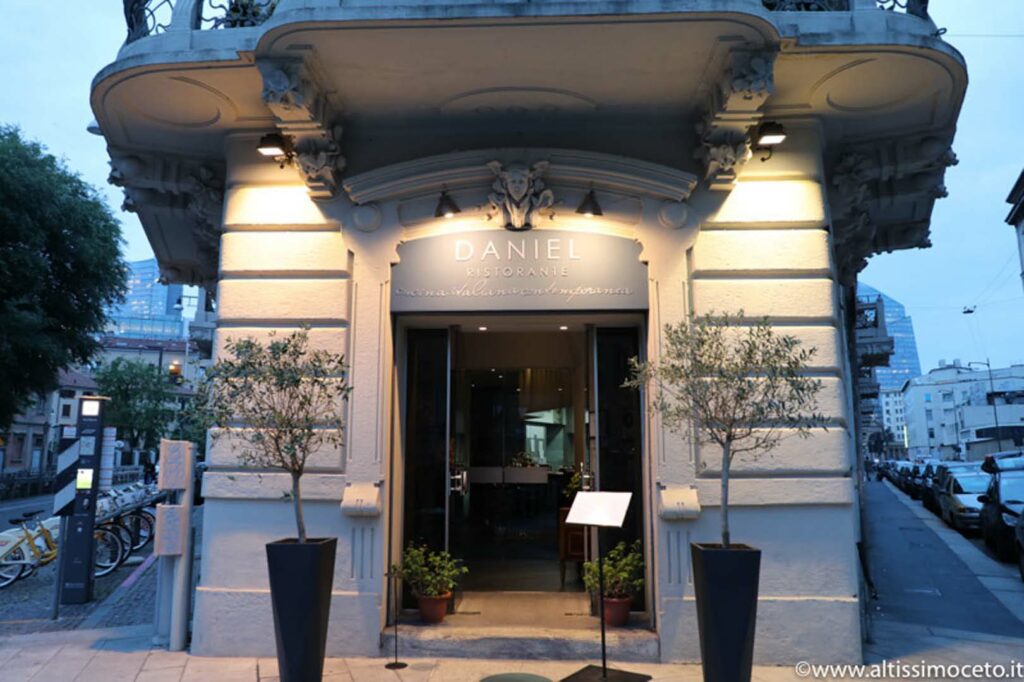 Last time I met him it was last April (when this picture was taken). I was celebrating my birthday with my best friend at Daniel Canzian restaurant in Milan. He came, unannounced, around 11 pm, he sat at the bar which overlooks the open kitchen, watching his ‘disciple’ and his staff at work. I joined him to have a little chat, he had the same strong spirit and determination of always, but he was really tired. I am grateful to have seen him one last time. We will miss you, Maestro, but, as foodies community, we wish your ‘disciples’ will be able to bring the Italian cuisine to new heights on the international scene, making treasure of the huge culturale inheritance you have left us. Thank you.