Are you an Italian wine lover? For sure you have visited Tuscany, Piedmont, maybe even Veneto, Sicily or Umbria. But I am pretty sure you skipped Lombardy. For too long considered just a business area, with Milan being the economical center of Italy, renown for fashion and design, but not for wine and food in the first place. Well, prepare to change your mind. Lombardy is the ultimate gateway for wine and food lovers and I am about to tell you why.

WINES for the more SOPHISTICATED PALATES

Beside the industrial vocation of Lombardy, you’ll find in this region some of the most artisanal, small production wines made in beautiful unspoiled countryside.
Gambero Rosso, the most prestigious Italian wine and food magazine and critic, not less than 2 weeks ago awarded AR.PE.PE. Rocce Rosse 2012 as Best Italian Red Wine 2018 (Valtellina). From reds to whites, rosés and sparklings, Lombardy offers an incredible variety of quality wines produced in very different terroirs within the region: from the Alps to the lakes, let’s take a quick overview of what Lombardy viticulture can offer to you, my dear wine lover.
Valtellina is nestled in the northeastern corner of Lombardy along the Adda river in the Alps at the border with Switzerland. The main town is Sondrio. Here we have some of the best examples of heroic viticulture in Italy: pure alpine environment, granite and schist soil, steep terraced slopes called Terrazze Retiche, an Unesco World Heritage site due to the very ancient vineyard structures built by ancient Celtic tribes. The vineyards are located at 2500 feet altitude, and the viticulture practice is carried out by hand through teleferiques (cableways) sometimes with the aid of a helicopter during harvest time.
VALTELLINA SUPERIORE DOCG is the wine appellation, wines are minumum 90 percent Chiavennasca (local biotype of Nebbiolo), aged at least 24 months (36 if RISERVA). In the area you can also find an Amarone style Valtellina wine known as SFORZATO or SFURZAT (in dialect), made from dried grapes. The DOCG appellation has also a sub zone cru system. You can find more info here: http://www.vinidivaltellina.it
Wineries to visit and wines to try: 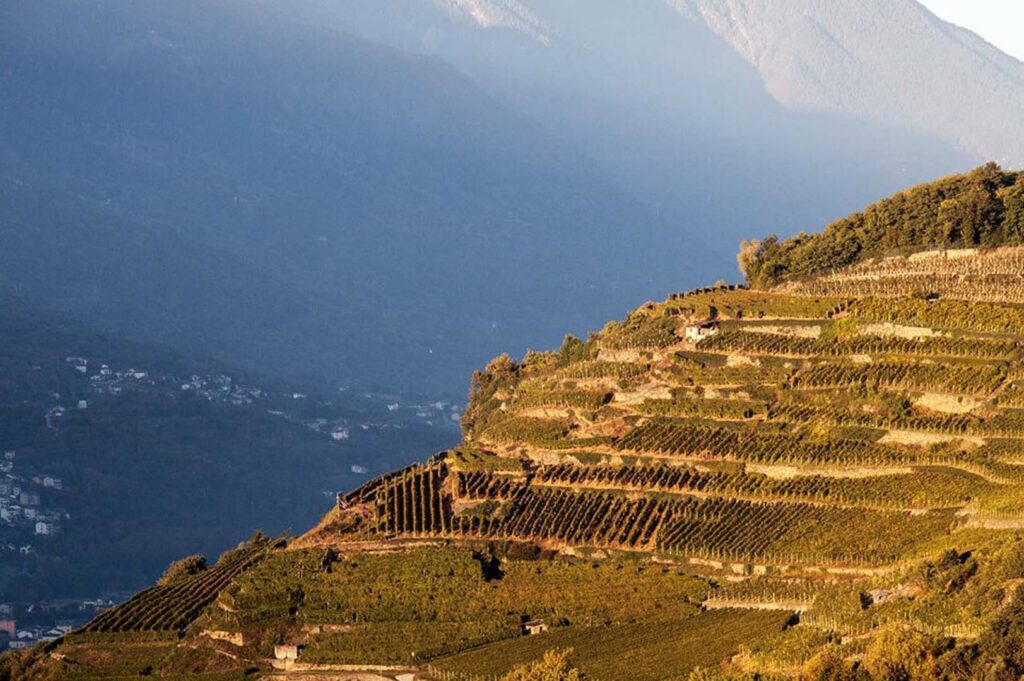 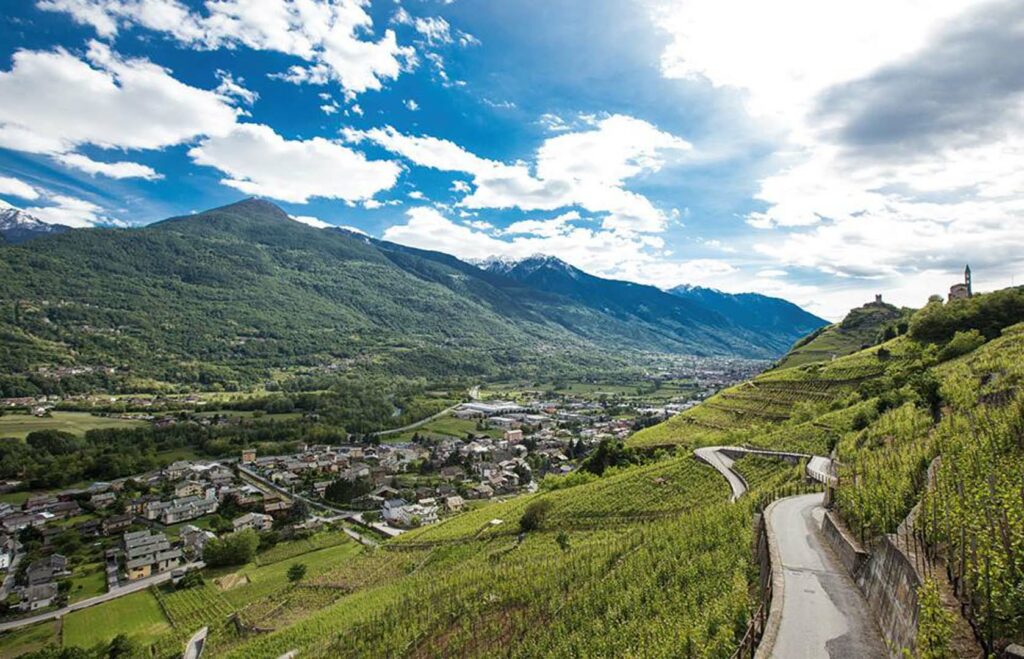 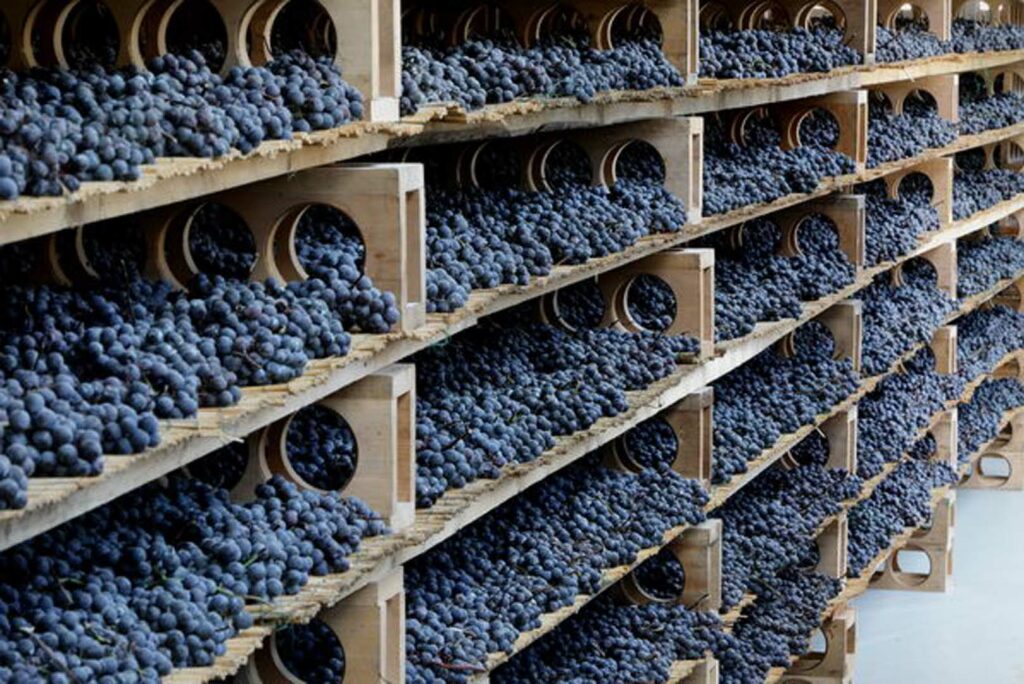 Franciacorta is one of the up and coming wine regions of Italy. It is defined by a gently rolling landscape consisting of 19 villages, with the city of Brescia at its southern boundary and the shores of beautiful Lake Iseo at its northern reaches.
FRANCIACORTA is the name of the region, of the wine and of the productive method (second fermentation in the bottle, champenoise style). Chardonnay, Pinot Noir and Pinot Blanc (indigenous to the region and coveted for its fragrant aromatics) provide the foundation for all Franciacorta DOCG wines, and grapes are required to be handpicked during harvest. Lately, another native variety called Erbamat has been admitted in the blend, but there are no wines to taste yet since the minimum requirements for a wine to be labeled Franciacorta is 18 months on the lees.
The region is not only beautiful to visit but offers a broad selection of wine styles from grapes cultivated organically in most of the estates. Due to the morainic origin of the natural amphitheater south of Lake Iseo, there is huge diversity in soils and microclimates which is translated in the glass in a multitude of styles and flavors. More info here: www.franciacorta.net
Wines to try: 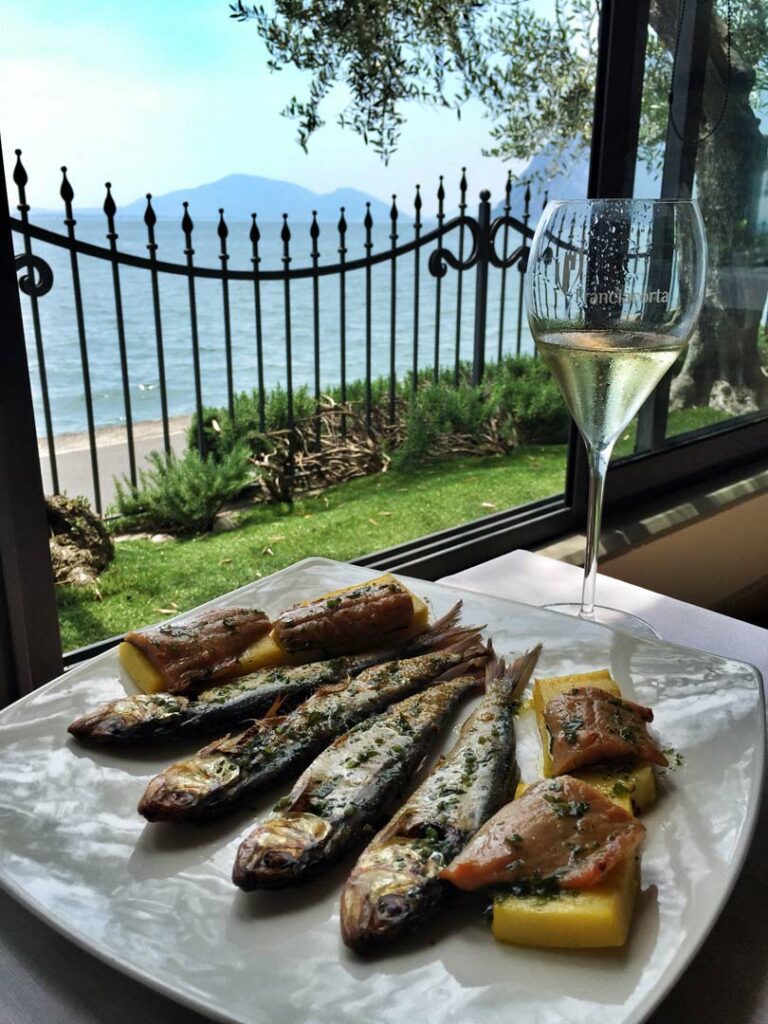 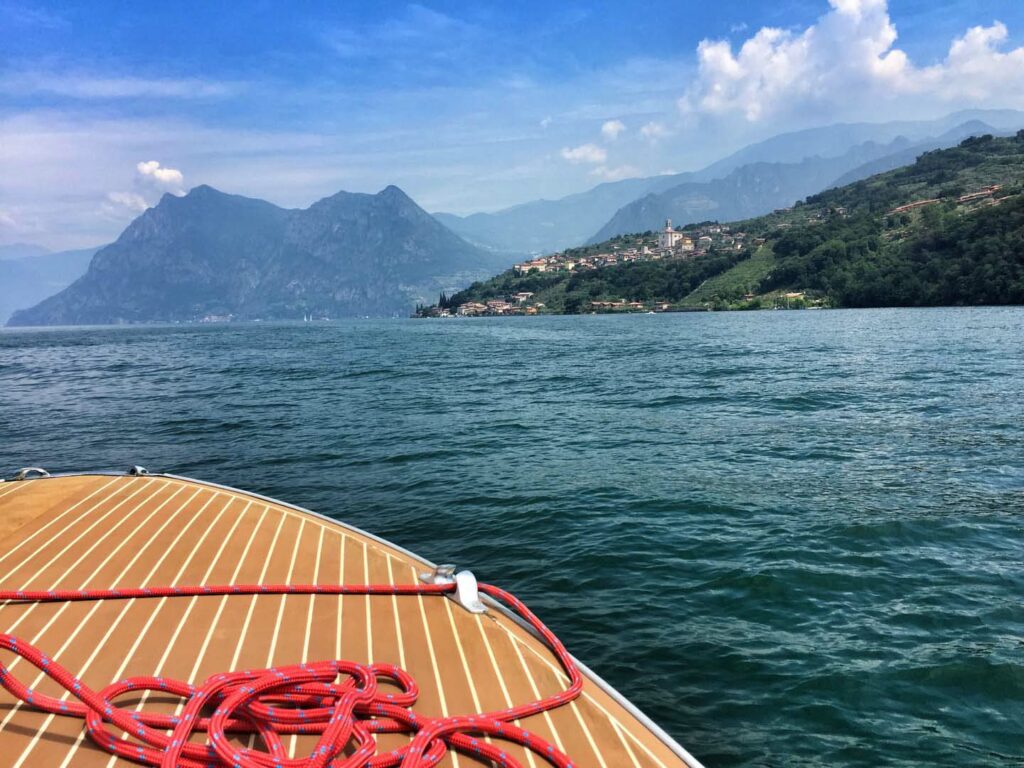 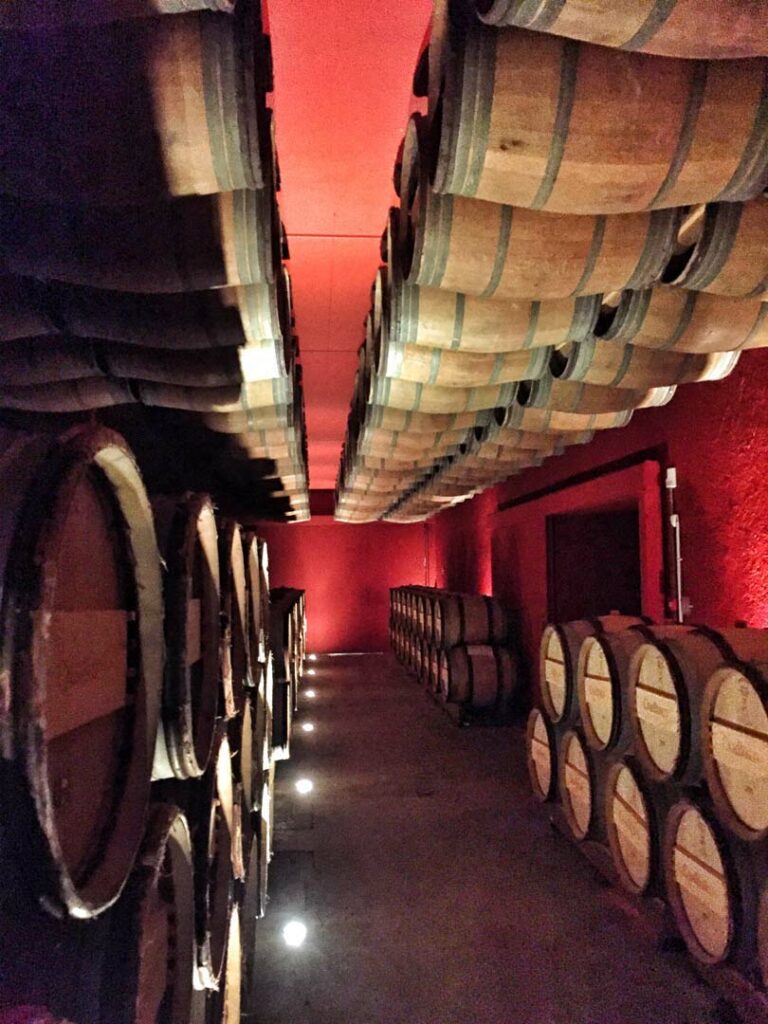 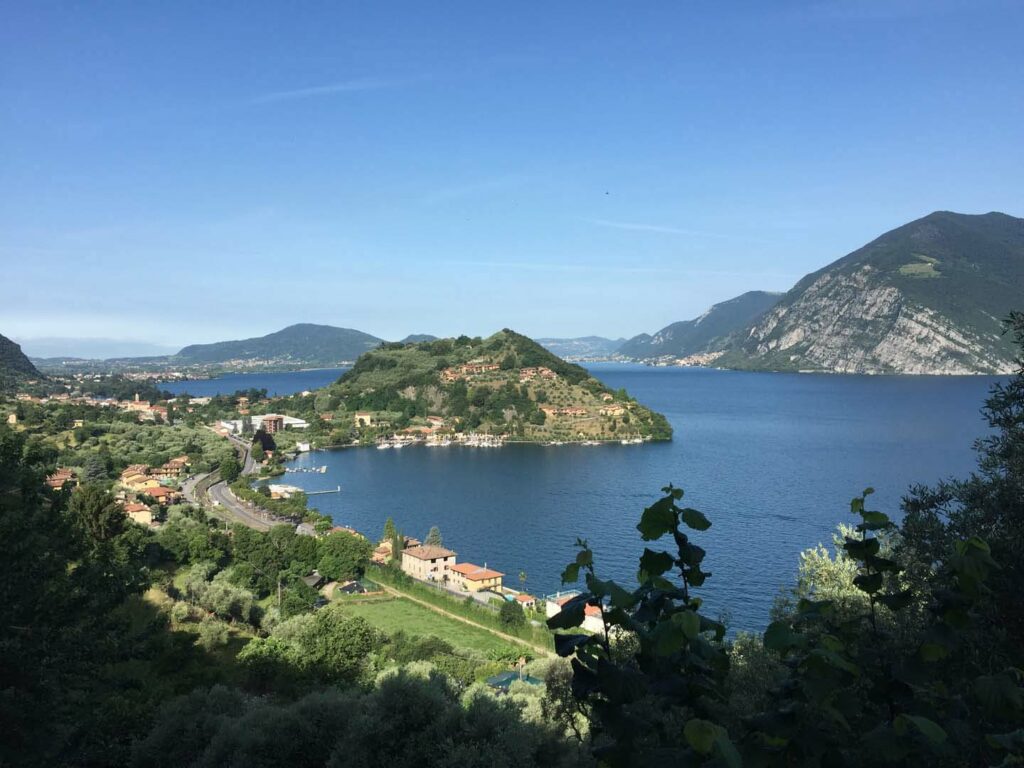 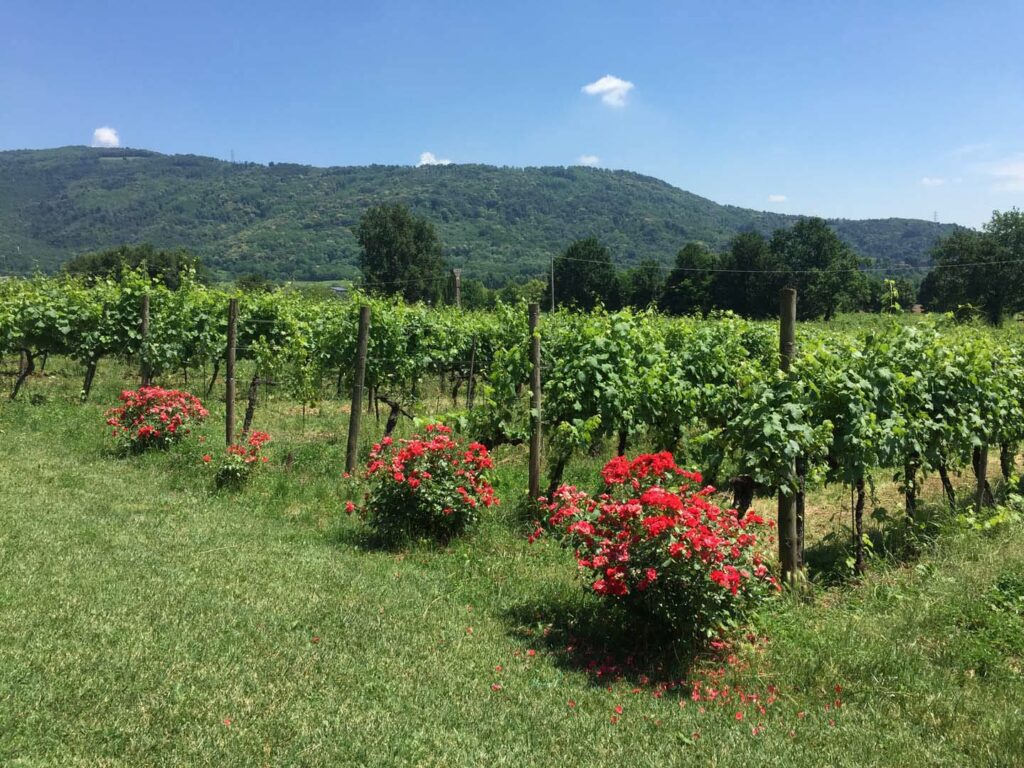 Another wine region in the spotlight is Lugana, producing the most significant still white wine of Lombardy. The appellation LUGANA DOC is shared with Veneto region; the DOC area is located between the provinces of Brescia and Verona on the southern shores of Garda Lake, the biggest lake of Italy. The climate is mild, the soil is rich in mineral content and the wines are a combination of sapidity and aromaticness. They must be 100 percent Turbiana grape, a native variety, which is a biotype of Trebbiano di Soave (a very close relative of Verdicchio). Wines can be sparkling, dry, or Vendemmia Tardiva (late harvest). They usually present a high level of personality, texture and complexity and can age beautifully. See more on Lugana in my blog post here.
Wines to try:
On the western shores of the Garda Lake you can find the best Northern Italian examples of rosé wines, which are called CHIARETTO (meaning ‘a little clear’, referring to the light, pale pink color of the wines). Chiaretto is produced within the BARDOLINO DOC appellation in Veneto, which is perhaps the most renown version. But Bardolino is not the sole producer of a Chiaretto. On the other side of Lake Garda in Lombardia there is a little-known denomination called Valtènesi. Like Bardolino, the Valtènesi area produces both red and rosato (Chiaretto) wine, but their lists of ingredients have little in common. Instead of the Venetian grape Corvina, Valtènesi is the land of Groppello, a variety that is indigenous to this area of Eastern Lombardy. Groppello offers bright acidity, lively tannins, and intense aromas of red cherry, violet, tobacco, and plenty of spices (marjoram, olive wood, and especially black pepper). The disciplinare requires only 50% Groppello in Valtènesi wines, leaving considerable room for experimentation and self-expression among winemakers. The usual accompaniments for Groppello include Sangiovese, Barbera, or Marzemino. On the other hand, Valtènesi can be 100% Groppello.
Wines to try: 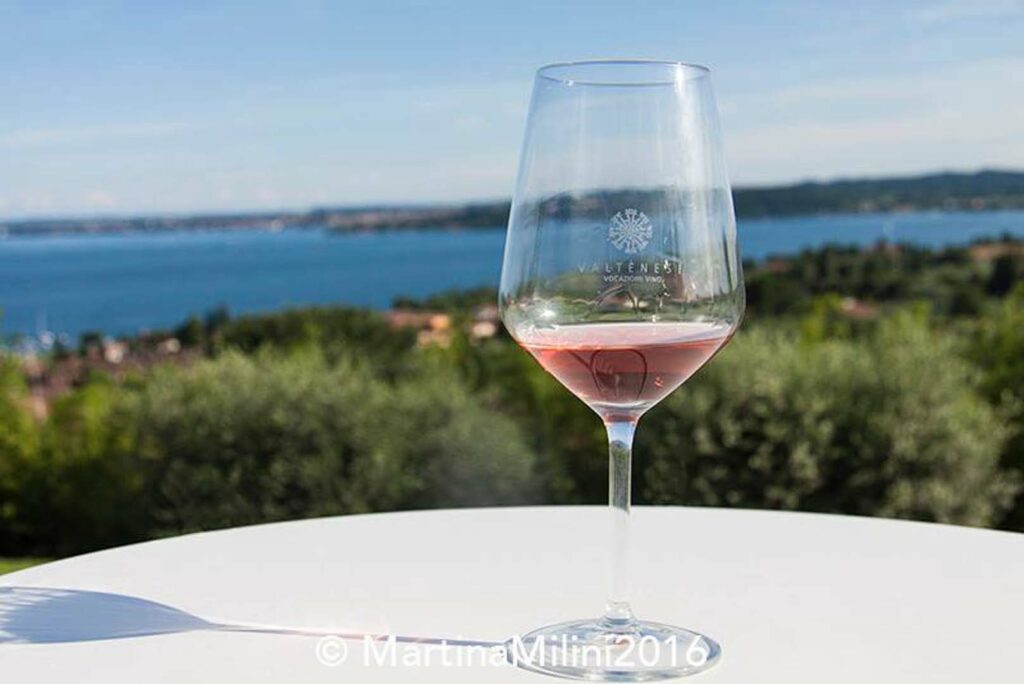 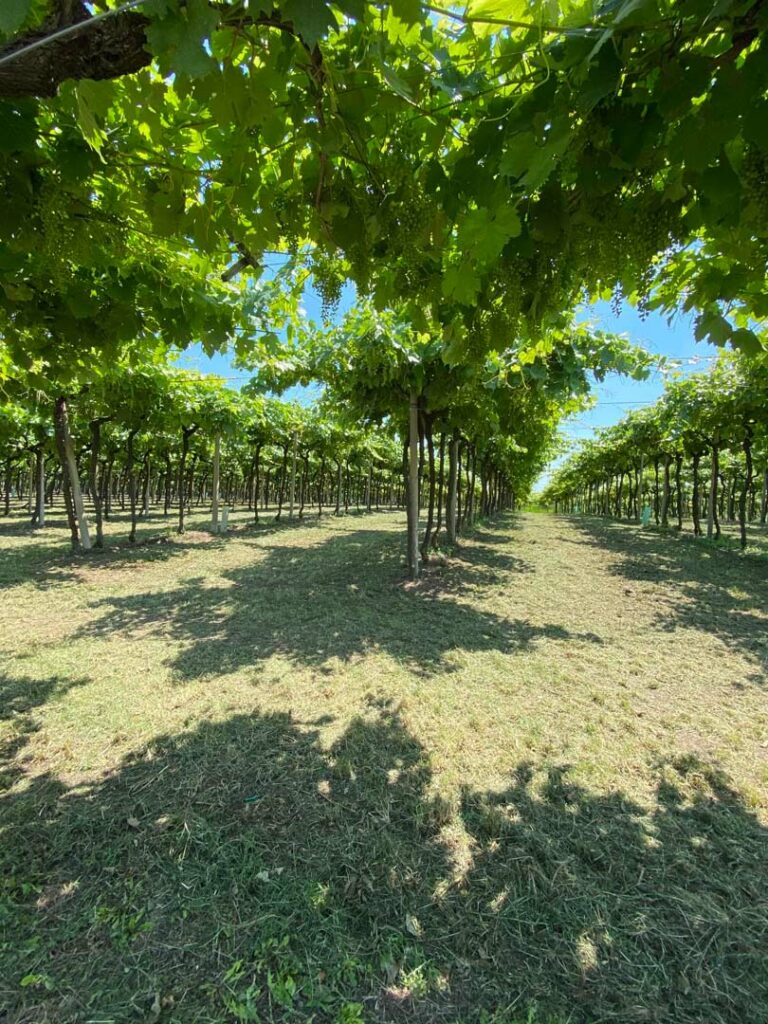 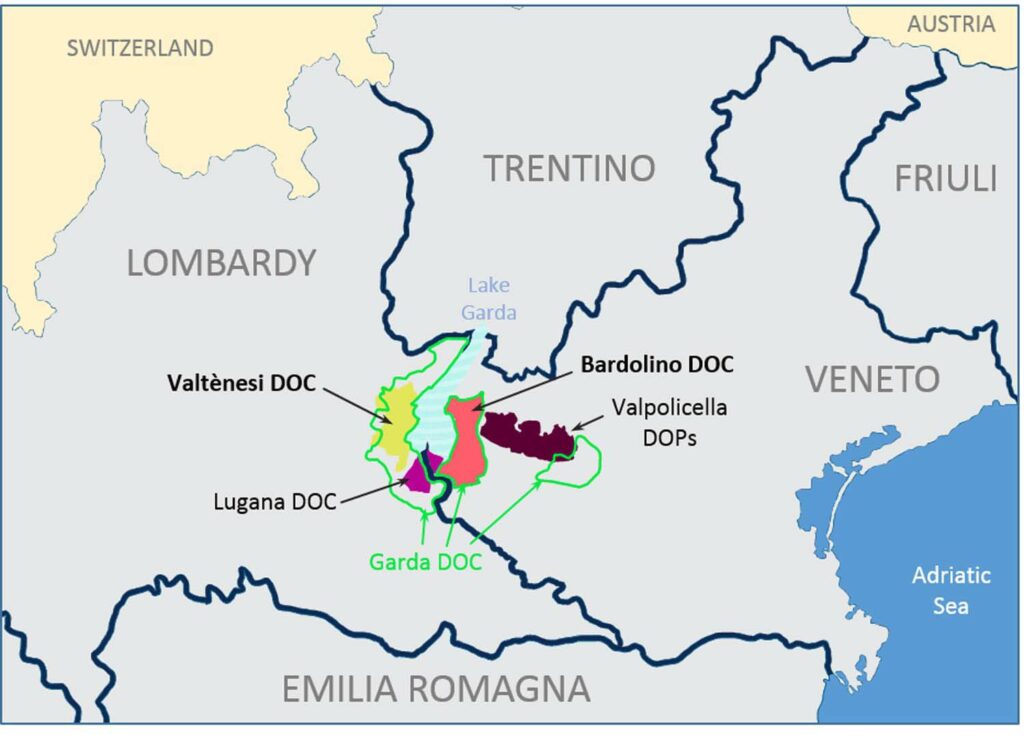 After the Exposition Universalle (EXPO) of 2015 dedicated to nutrition took place in Milan, the capital of Lombardy became in few years the new gastronomic Mecca of Italy. As many new restaurants and renown chefs from all over Europe are populating the milanese food scene, you are just spoiled of choices.
But Lombardy offers high standards not only in Milan, in all the other provinces. Lombardy is where you can find the highest concentration of Michelin star restaurants in Europe (58 starred restaurants in the region). My hometown, Bergamo, counts 120,000 inhabitants and 9 Michelin starred restaurants (one very famous 3 stars, Ristorante da Vittorio in Brusaporto).
I am not the one who believes that a restaurant is good and high-end only if has been awarded by some gastronomic guide, so I picked here 3 of my favorite places for fine dining in Milan city, Bergamo and Brescia provinces, beside guides and scores.
RISTORANTE DANIEL
https://danielcanzian.com
Daniel Canzian started his career at the school of master Gualtiero Marchesi, the chef who basically invented the modern Italian haute-cuisine. Today he is 87 and still runs the Albereta a Chateau Relais restaurant in Erbusco (Brescia). While I was dining at Daniel Restaurant, he showed up at 11 pm to check on his boy, as a perfect mentor and professional father would do…boundaries that the kitchen creates and nobody could ever dissolve.
In 2013, after being appointed best chef of Italy with the Premio Artusi, Daniel started his own culinary adventure in Milan and it has been immediately clear that he is meant to shine. His work in the kitchen is to pay a tribute to the traditional italian cuisine, starting from the classics but completely reinvented, minimized and emphasized at the same time. He personally chooses the freshest and local ingredients – you can meet Daniel early in the morning at the farmer’s market or at the fishery, scouting for the best. Special mention to his aesthetic vision: every dish has a sort of artistic reference, a rare sinless of what Italy has best to offer: art, food and inspiration!
Stefano Arrigoni, the owner of this little, hidden boutique restaurant in Villa D’Alme’ (Bergamo), is the most precise and geek restauranteur I know. He is maniac of perfection when it comes to choosing the highest quality seasonal ingredients or the idyllic set up of the dining rooms. Nothing is left to chance in the 40 seat restaurant that at first sight looks more like a private dining villa with country chic small rooms and a mesmerizing English style garden.
Paolo Benigni, the chef de cuisine, together with his team (the talented sous chef Stefano Gelmi is really promising), works the magic behind the stove, mixing the right amount of tradition and innovation, surprising the guests with new seasonal dishes and flavors every month. A special mention for the great wine selection and the little stone cellar where guests are welcomed with homemade charcuterie (bresaola, prosciutti and salami of any kind) sliced by the chef in person with the iconic Berkel slicer; a glass of the best Franciacorta or Champagne selection complete the scene. And this is only the start. 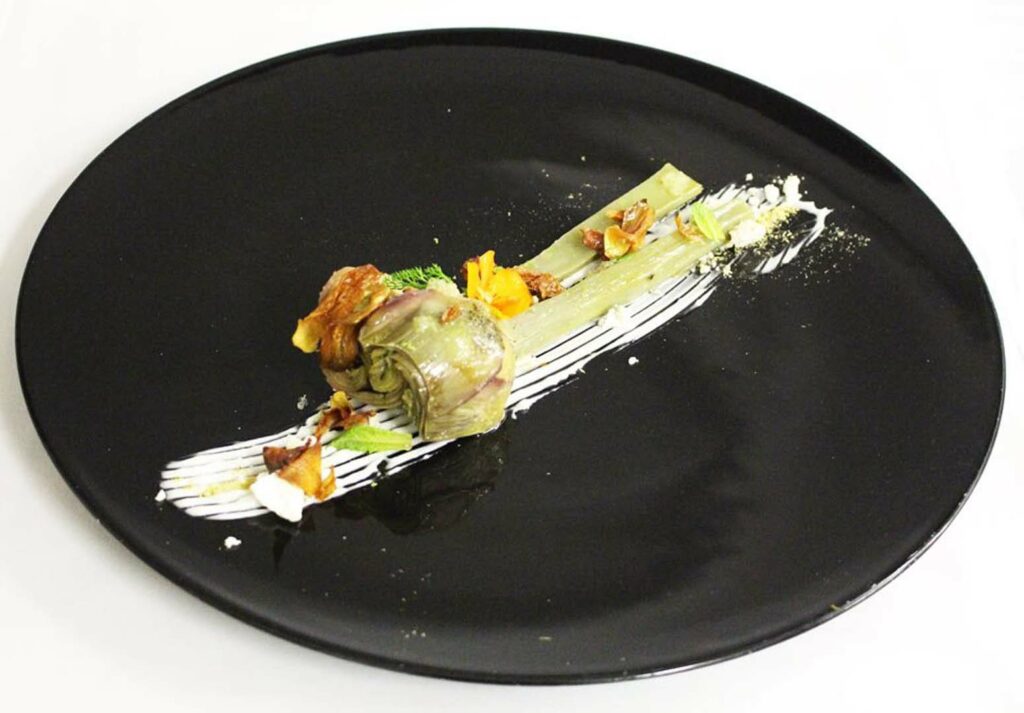 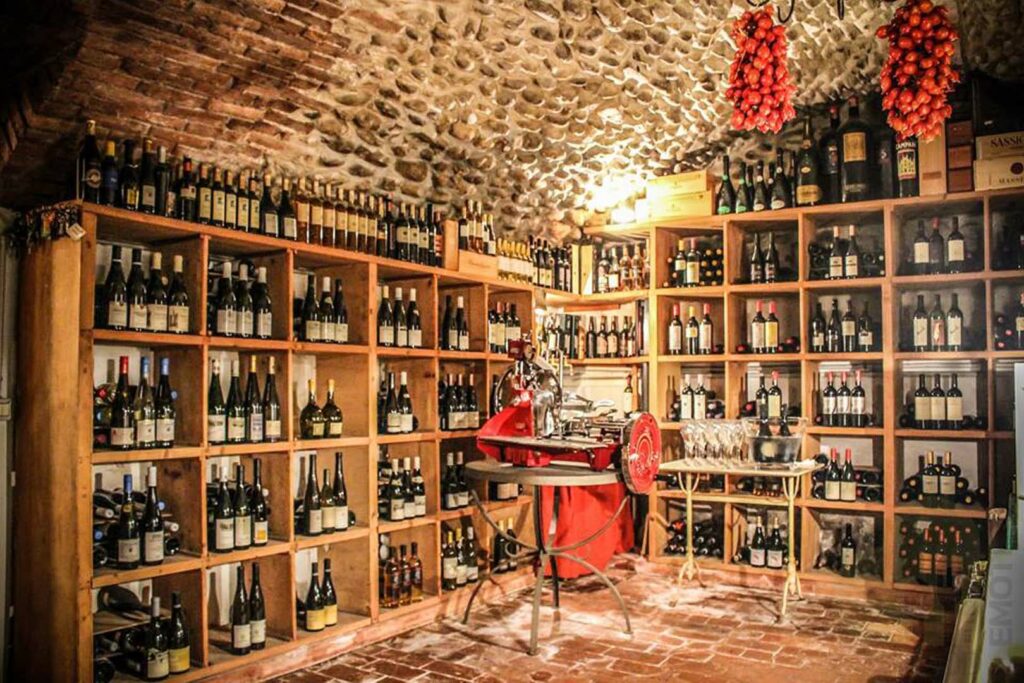 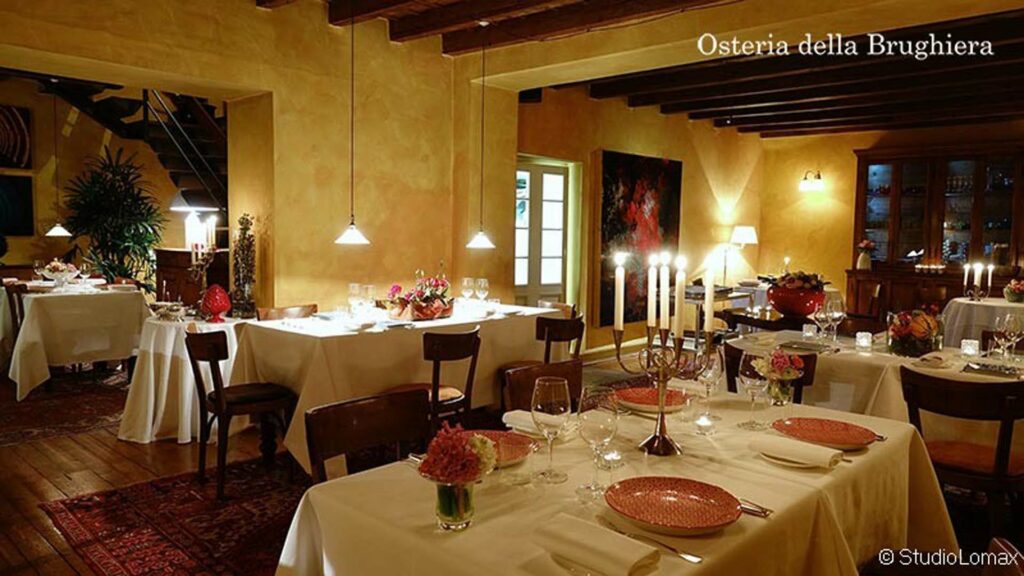 Dining in a restored ancient monastery is already a cool experience, but when this is paired with creativity, masterful hospitality and farm-to-table ingredients the pleasure rises exponentially.
Thanks to the chef Piercarlo Zanotti, I had at Cappuccini one of the most delicious and unusual local dishes in my life: spaghetti with Persico fish bottarga and black garlic cream. I couldn’t wrap my mind around the efforts to produce bottarga from the eggs of a tiny little lake fish, like the local Iseo lake pesce Persico. I can’t describe the flavors with words… a mix of umami, sweet and sour, nutty and aromatic… I still dream about it.
Another plus for this restaurant is it doesn’t have a wine list. The maitre de salle takes you to the cellar and tells you everything about the wines and you pick your own bottle directly from the shelves of the little cave, full of rare pearls. The dark side of the story is that if you are a wine geek like me, you will spend one hour in the cellar and you will get back to your impatient guests with way too many bottles than the table can drink without passing out. But, for sure, you’ll remember that night in Franciacorta forever.
FOLLOW > WATCH > LISTEN > ENJOY!