Written by Laura Donadoni on December 2 2016. Posted in Wine Story.

Venissa and the rediscovered Dorona grape, a sip of Venice lagoon history

Some winery visits go straight to your heart. It’s like love at first sight. You read about what you are going to see and taste, you try to be ready and informed about everything, but when you get there you forget all and you just follow your feelings. 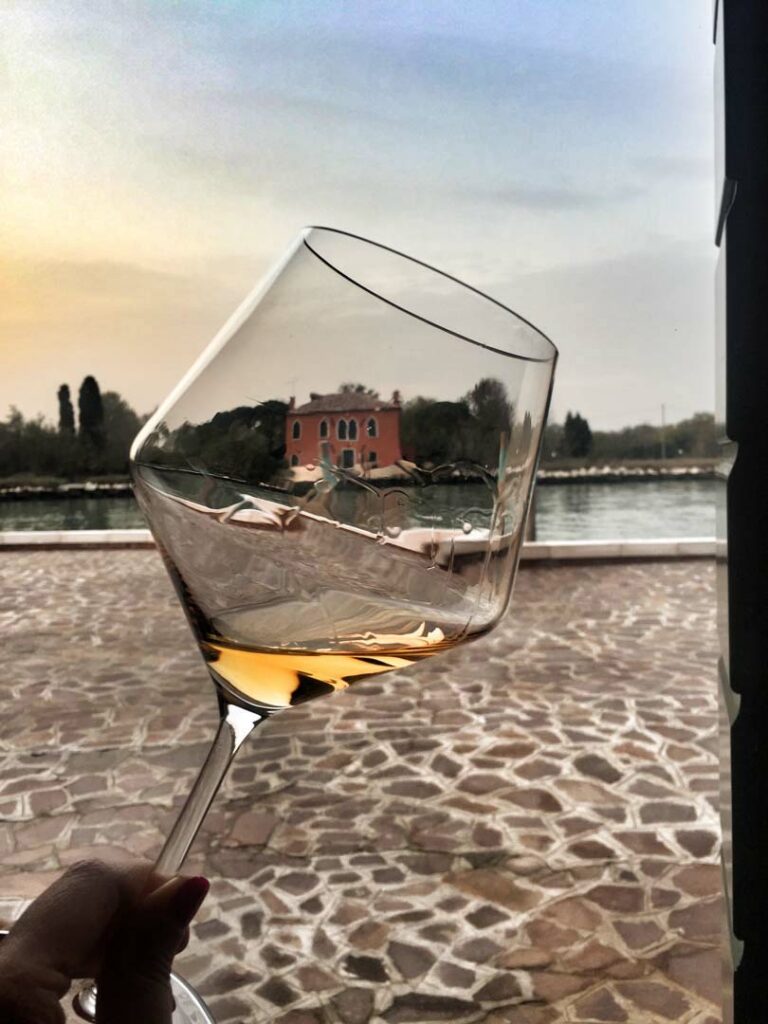 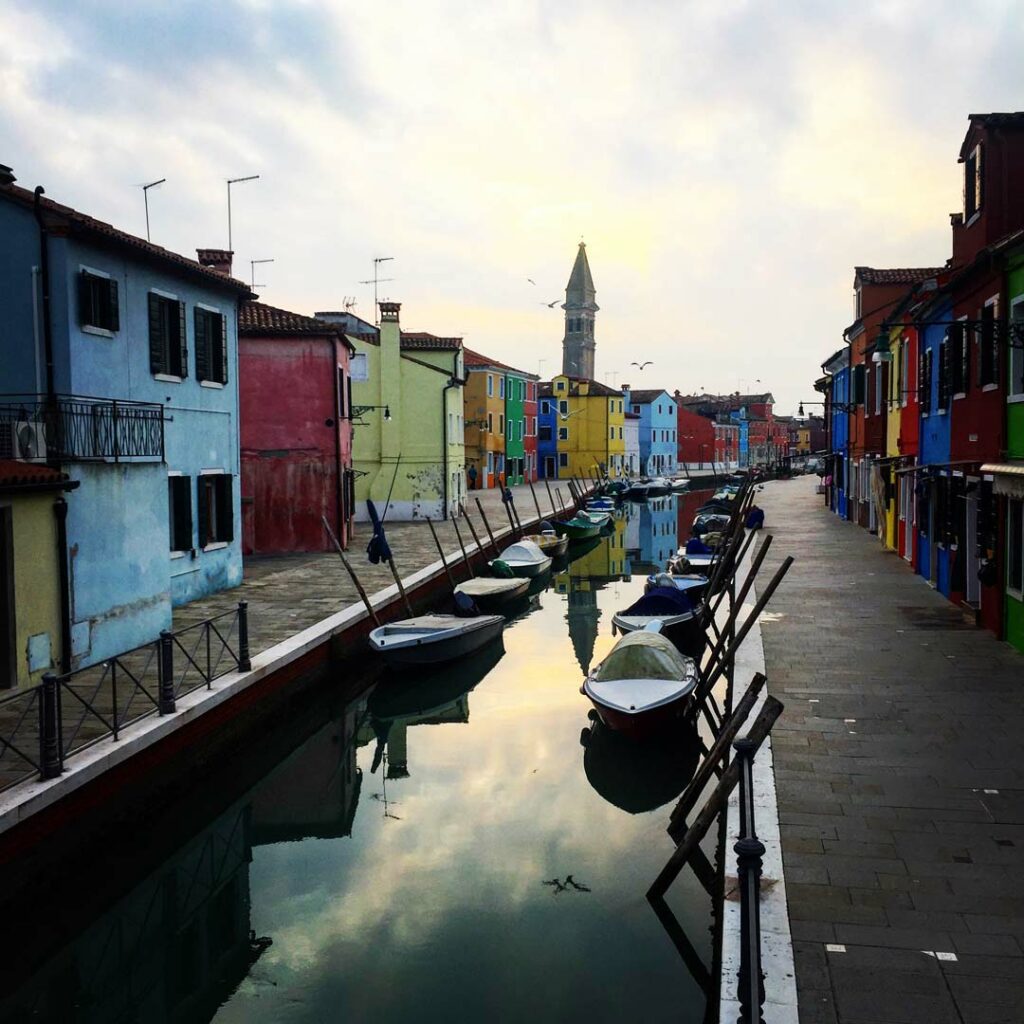 I am going to tell you a story that goes beyond the wine tastings and the technicality. So, please, take a seat and let me take you in the history of Venice. 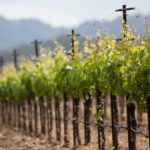 You have to know that back in the 16th Century Venice Lagoon islands and Venice town were planted with orchards and with vineyards. It sounds incredible, but it’s documented in several papers and ancient books that Venice area was more rural than what we think. Then beautiful palaces and churches were built during the Venetian Empire, but the lagoon area preserved its vineyards and vegetables plantations till the first half of 20th century.

In 1966 an abnormal “acqua alta” (high tide) phenomenon occurred: the water level reached its highest ever level. The tide reached 194 cm and remained for 22 hours above 110 cm causing the destruction of almost all the vineyards on the islands.

After that tragic moment nobody planted new vines anymore and the viticultural tradition of Venice drown with all the vineyards.

On a trip to Torcello to visit the cathedral, Gianluca Bisol (general director of Bisol winery, which produces wines since five centuries in the heart of Valdobbiadene) noticed in a private garden some vines he had never seen before. Curious, he rang the doorbell and asked the lady who lived there which kind of vines she had in her garden: they were Dorona plants, the golden and forgotten grape of Venice. 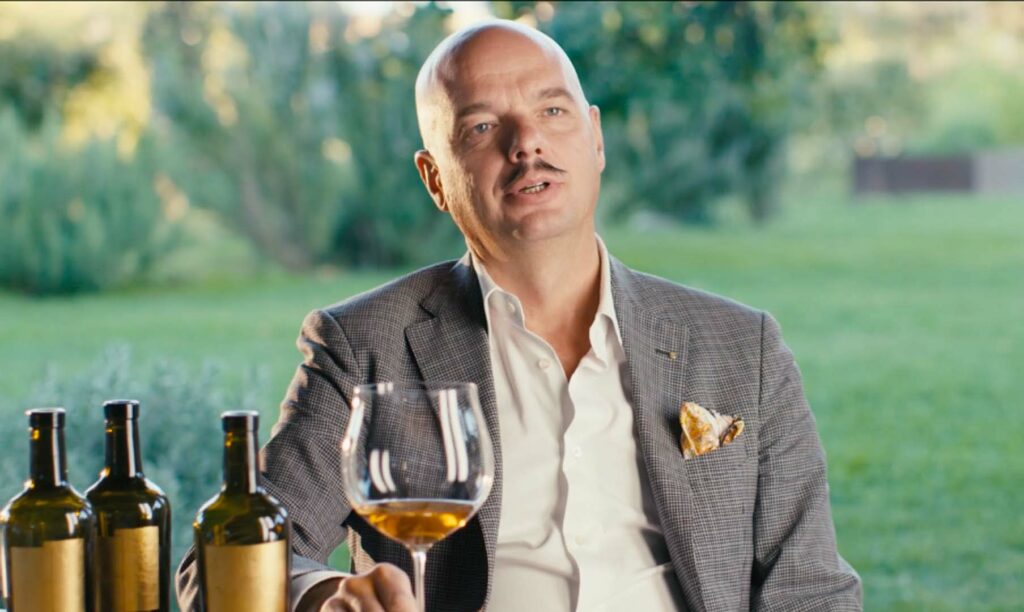 This led to the beginning of the research that would lead to the discovery of 80 Dorona plants in vegetable plots and gardens scattered around the lagoon. Gianluca Bisol was determined to bring Dorona and the viticolture tradition of Venice back to life.

In 2007 he got the chance to make an agreement with the municipality of Mazzorbo to restore an ancient mansion with 1 hectare or terrain all around. That was the perfect spot for the Dorona to reborn. 4000 Dorona vine cuttings were planted in an area of 0,8 hectares. The mansion is today Venissa wine resort and restaurant: a place where the time is suspended and were you can taste the best of Italian creative cuisine in the Michelin Star restaurant. 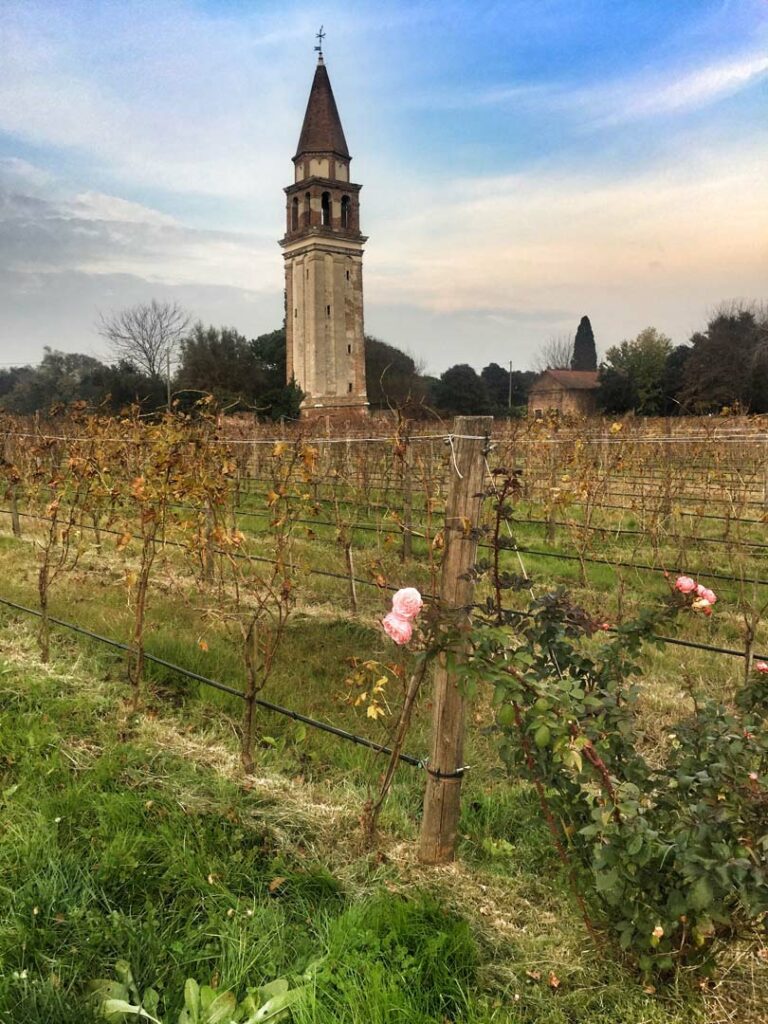 You understand now why I talked at the beginning of this short article that we are in front of a wine that is more than a wine. It’s history, it’s pure terroir, it’s a community project. The golden bottle itself tells us about this community: Dorona is the golden grape loved by the Doges and almost lost to time, the sheet of gold leaf on Venissa bottle is an artisanal tradition, the Berta Battiloro family in Venice still produces gold leaves by hand. Giovanni Moretti, one of Murano’s great glass working artists is the one who created the Venissa bottle and had the idea to link the golden grape Dorona to the golden leaf of Berta Battiloro family. 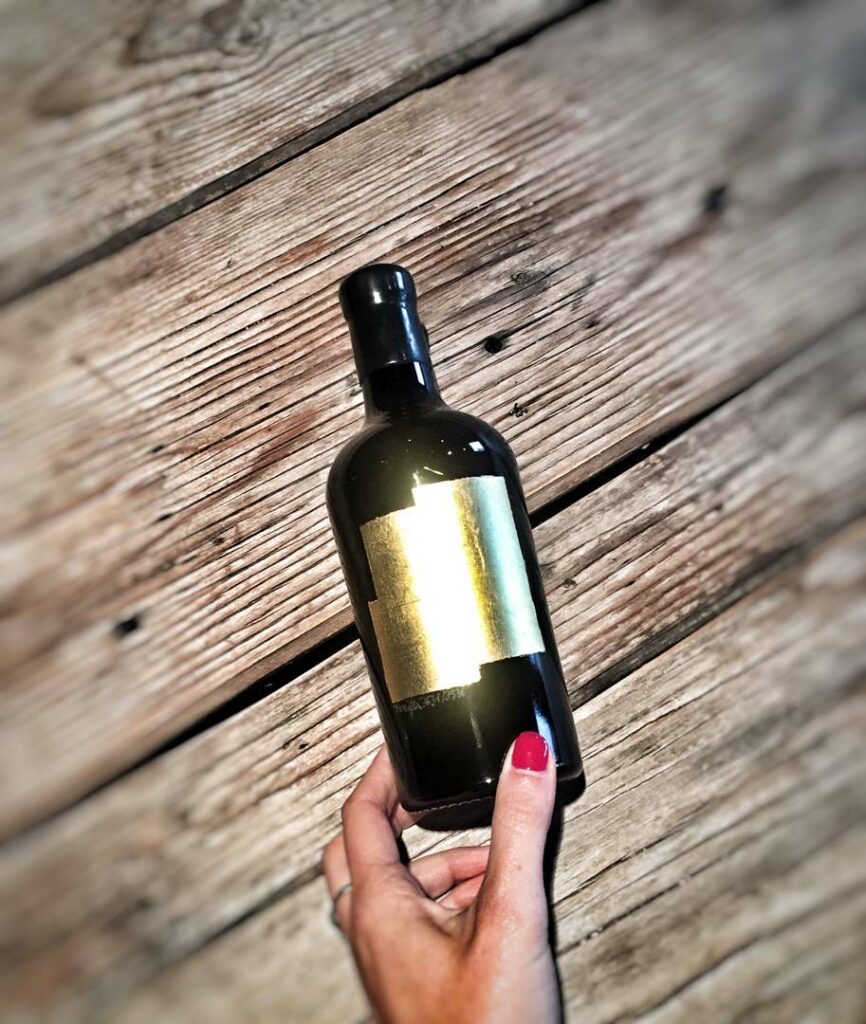 The golden leaf is placed on the bottle, fired and blended in to the glass on Murano island. Then, the number of each individual bottle is inscribed into the glass. 3911 bottles were hand crafted last vintage. 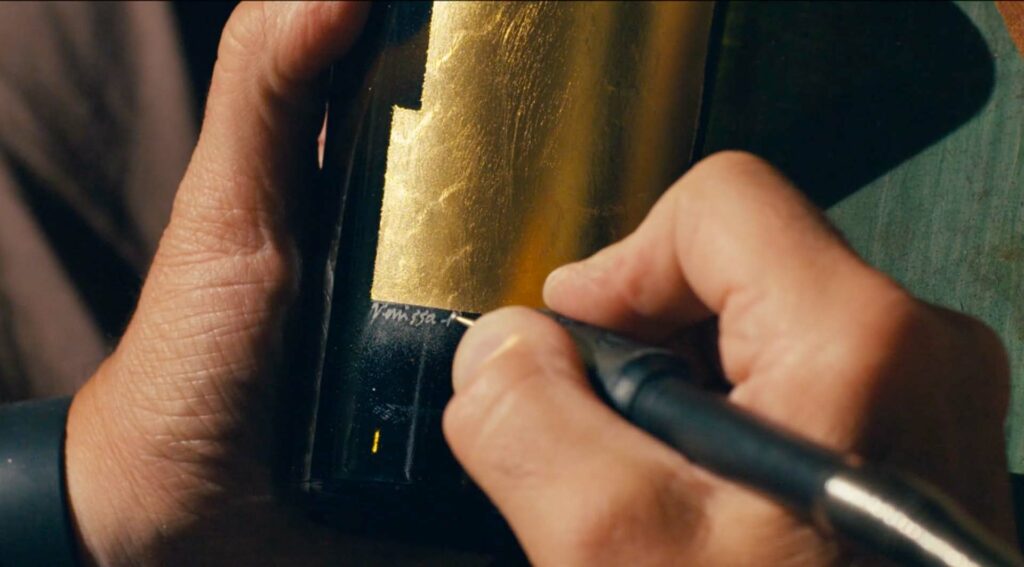 In Venissa wine there are the history of the lagoon, the unique terroir of Mazzorbo island, the pride of Venetian people for their traditions, the creativity of a community, the  millennary inheritance of artisanal skills and culture that made and makes Italy be great forever.

Thanks to Bisol family, Gianluca and his son Matteo (who is managing Venissa) in 2012 Venetian Dorona was listed into the Official National Registry of indigenous grapes. In the same year it appeared also into Wine Grapes, the bible of autochthonous grape varieties by wine experts Jancis Robinson, Julia Harding, and José Vouillamoz.

Ian D’Agata, in the last edition of ‘Native Wine Grapes of Italy’ writes “It is safe to say that prior Bisol’ s interest few knew or had heard about Dorona”. Nothing is more true.

In the first ten days of September the golden grapes are harvested by plot and gathered in 15 kg chests. Since the vineyard is on an island all the operations of transport need to be fast and carefully controlled.

Protecting the grapes from oxygen and heat the harvest is put on boats and shipped to Montalcino, where the oenologist Roberto Cipresso, together with Desiderio Bisol will create the lagoon wine, Venissa.

As is the case for the great reds, the must is left in contact with the skins for almost thirty days in order to extract the complex aromas of the skins, as well as the golden color that characterises the Venetian grape.

Fermentation starts in stainless steel tanks where the maceration took place and is completed in the bottle as tradition requires.

Two years after the grapes harvest and after a period of bottle ageing the wines are released en-primeur. Venissa wine has a high ageing potential, I personally tasted the 2012 (4 years old) and it was vivid and powerful at the nose.

Like gold in your glass. The color of this wine is unique and beautiful. It reminds me the golden effigies on San Marco cathedral facade, it tells us about a golden Venetian Empire, about the golden masks of the Venetian Carnival. 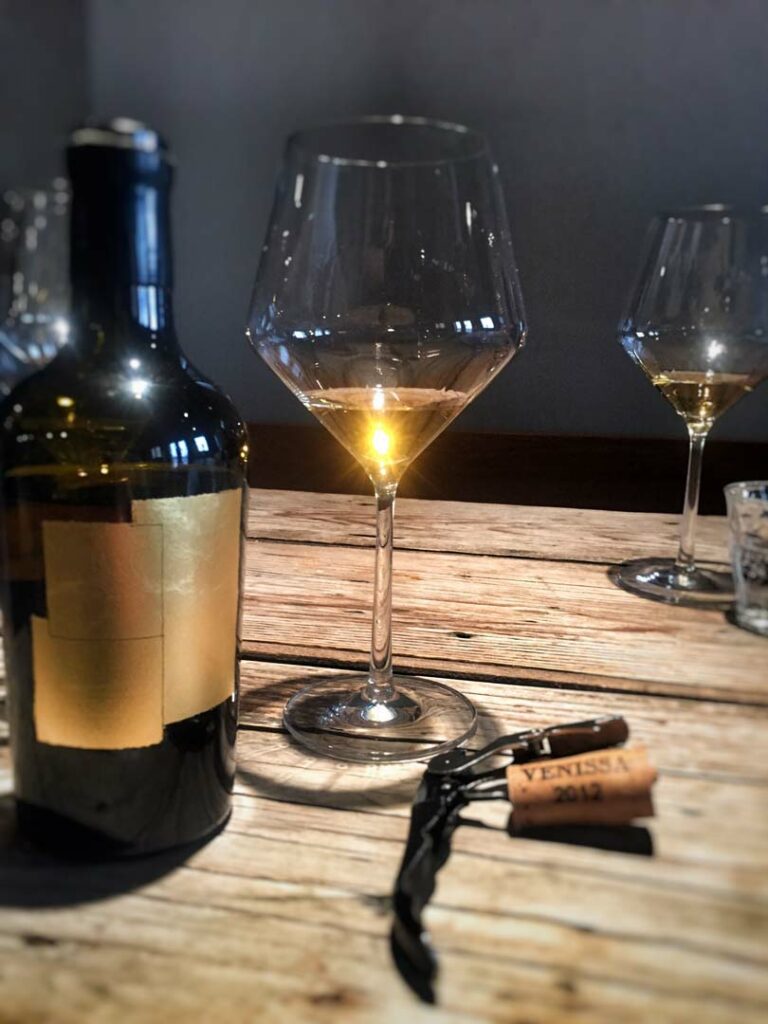 Smelling the stuggle. At the nose the first scent is the brine, the lagoon brine, followed by quince and white plums and aromatic herbs. The vines struggle with the salty water, with humidity and marine fog, and you can smell this battle in the glass.

Not a white, not a red. At the taste it’s surprising. You expect a mineral white with some scent of oxidation, but it has the structure and the body of a light red (a Cerasuolo for instance). It’s powerful, rich and intense. This is the result of the wine makers choices to give character and backbone to a grape, Dorona, that shares some DNA with Garganega grape. Long maceration on the skins and ageing end up in a unique wine, that talks about Mazzorbo, the lagoon and the perseverance of Venetian people.